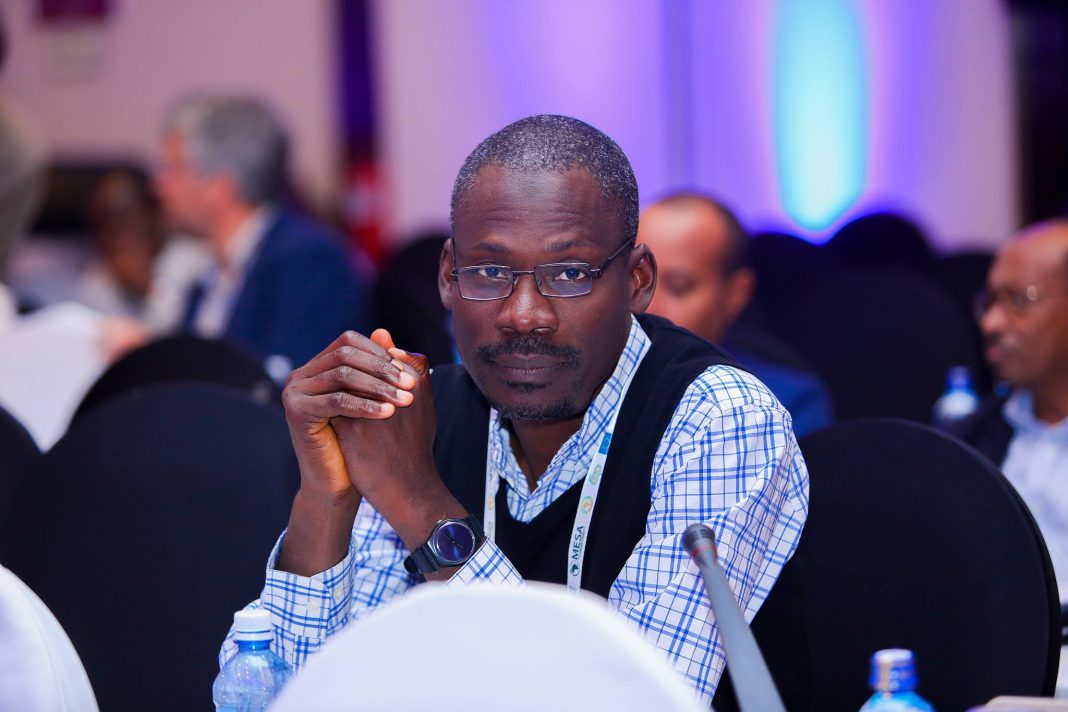 Dr. Ahmad Shaba Halilu has taken over as the substantive Director General of the National Space Research and Development Agency (NASRDA).

This is following his appointment by President Muhammadu Buhari, which was conveyed in a letter to members of the Senate for approval.

Dr Halilu, who holds a Bachelor of Science degree in Geography from Bayero University, Kano (1988) as well as a Masters in Remote Sensing from Federal University of Technology, Minna, (1993), would now be the third Director-General to serve as the head of the agency, after Professor Robert Ajayi Borroffice and Professor Sheidu Mohammed.

More so, Dr. Halilu holds a doctorate in Remote Sensing from Federal University of Technology, Minna (1999).

He takes over with a vast wealth of knowledge and experience, having worked with the National Population Commission and lectured in Federal University of Technology, Minna, from 2001 to 2006.

He became the Deputy Director of the National Emergency Management Agency (NEMA) in 2006 and served in that capacity till 2009, after which he joined NASRDA as Director, Strategic Space Applications in the same.

Prior to his confirmation by the senate, Dr. Halilu became Acting Director-General of NASRDA in July 26, 2019 but was reversed barely 3 days after by the Federal Government, who asked him to hand-over to Mr. Jonathan Angulu, who acted in that capacity before him.

The government noted “violation of civil service regulations and (which) amounted to an infraction of regulatory policies” as reason for their decision to re-appoint Mr. Angulu.

Meanwhile, the position of the D-G became open once more, following the retirement of Mr Angulu on May 15, 2020, having completed his tenure according to Public Service Rules, which also mandated him to handover to the next in line, Mr. Francis Chizea, who also served as D-G but in acting capacity like his predecessor.

He has remained in that position till the appointment of Dr Halilu as substantive Director General and subsequently, Director of the NASRDA by President Buhari.

Dr. Halilu’s confirmation is coming at a time when NASRDA needs new direction, thanks to the major research projects implemented and supervised by him in the past. Some of such projects includes, the spatio-temporal assessment of climate and human induced impact of ecosystem degradation and water resources management using Remote Sensing Technique (the pilot study of Kainji Lake Area in Nigeria).

More so, prominent amongst these projects is the United Nations-REDD Collaborative Programme on Reducing Emissions from Deforestation and Forest Degradation in developing countries using the famous Cross River State as a demonstration model (UN/NASRDA, the Strategic Space Applications Department collaboration project, 2014-2015) which was a huge success.

Also on the list is the World Bank sponsored Dasymetric approach to Abuja population mapping and estimation, Erosion mapping and monitoring with space technology in South East and South-South Nigeria, and not forgetting the Crime mapping in Abuja Metropolis using GIS/RS technology.

Dr. Halilu continues to develop space science and technology for the social and economic benefit of Nigeria, as is his core mandate.