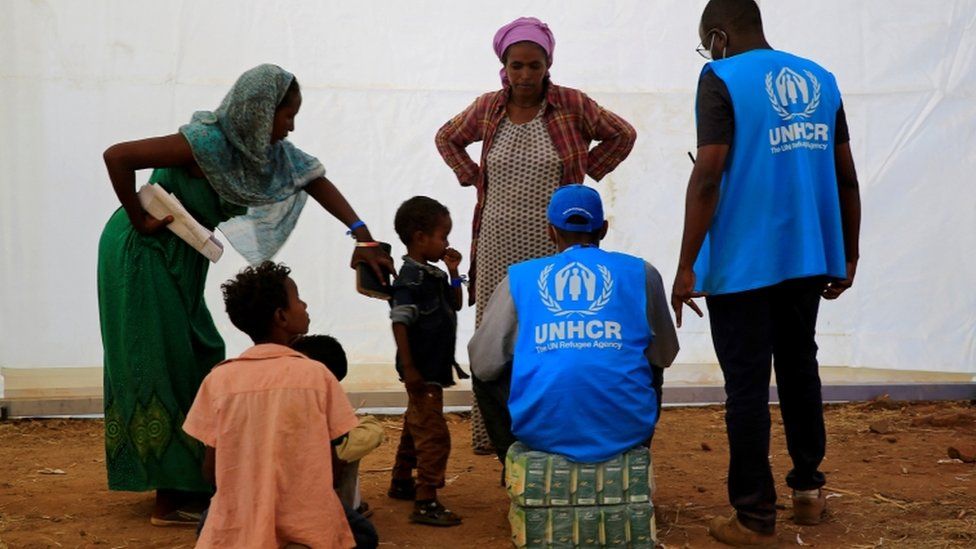 The Ethiopian Government has ordered seven staff of the United Nations providing aid to leave the country within 72-hours.

This was revealed by the Ethiopian Ministry of Foreign Affairs in a tweet.

According to them, the aid workers were meddling in state affairs. This is the latest, after authorities previously accused aid workers of arming Tigrayan forces and favoring them against the government.

Those who were asked to leave includes, five members of the UN humanitarian affairs office, OCHA, including senior leaders, as well as the UN Children’s Fund UNICEF Representative, and a team leader from the UN human rights office, OHCHR.

However, Atonio Guterres, the UN Secretary-General has expressed shock at the news, assuring that the world body will meet with government officials to ensure aid workers are allowed to continue with their jobs.

“We are now engaging with the government of Ethiopia in the expectation that the concerned U.N. will be allowed to continue their important work,” he said.

This is not the first time the Ethiopian government is expelling aid workers, since the crises began in Tigray region. Recall that in August, authorities suspended the operations of the Dutch branch of medical charity Medecins Sans Frontieres (MSF) and the Norwegian Refugee Council, accusing them of arming “rebel groups.

Crises have in recent times escalated in Tigray region which has seen 23 aid workers killed in fightings. The region has seen only 10% of aid delivered, following government blockade of aid to the region.

Conflict erupted in November, 2020 between government forces and forces aligned with the Tigray People’s Liberation Front (TPLF), the political party that controls the region

Despite government claim that Ethiopian forces have taken back the region earlier in the year, Tigrayan forces retook most of the region at the end of June, and then pushed further into neighbouring regions of Afar and Amhara.

The conflict continues to displace thousands, as many have been forced to flee their homes.