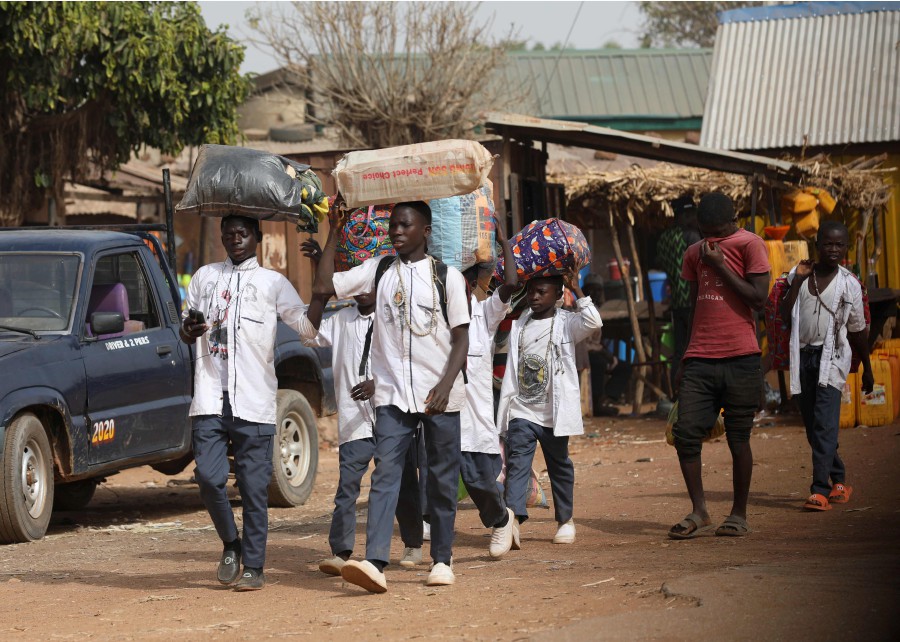 A report just released has indicated that 75 per cent of children in Kankara Local Government Area (LGA) of Katsina state drop out of school upon completing primary school.

Isa Muhammad, Secretary of the Katsina state Universal Basic Education Board (SUBEB), disclosed this on Wednesday, in Kankara, while quoting the report of a survey conducted by UNICEF, at the launch of the back-to-school and dissemination of behavioural campaign in Kankara.

The programme, which was launched on Tuesday, in Katsina, is being implemented, in collaboration with UNICEF and the Foreign, Commonwealth and Development Office (FCDO) of the UK.

Mr Muhammed said that the data had revealed that only 82 per cent of children aged between 6 and 11 attend primary school, while 28 per cent were out of primary school.

“Similarly, 25 per cent of the children between the ages of 12 to 14, were those in secondary schools, and 75 per cent are out-of-school.

“Thus, this signifies that the majority of the children that attend primary school do not transit to Junior Secondary School (JSS), as they drop-out at the primary level.

“Katsina state is one of the identified states in the northern parts of the country with a significant number of out of school children, with children within the 6-14 age bracket having a higher percentage.

“The figures are alarming, with Kankara among the leading LGAs in the state. And access to secondary Schools is challenging.

“In Kankara, which has an area of 1,462 square kms in size, some students trek more than five kms from their communities to the nearest secondary school.

“Moreover, the lack of secondary schools in some communities in Kankara, mostly stopped pupils transiting from primary to JSS level.” Muhammed said.

He explained that the state government and other development partners had achieved a lot in terms of ensuring that school age children were in school, retained, complete, as well as transit to a higher level.

According to him, transition is one of the challenges that had contributed to the out-of-school-children in the LGA, as pupils completed the cycle, but were unable to transit to higher levels.

“This is alarming and needs immediate attention or a state of emergency on education in Kankara, so as to propel avenues and activities, as well as implementing them to overcome the challenge.

The Head of Administration, Kankara Local Government Council, Nura Labaran said the high number of out-of-school-children in the area was 95 per cent caused by insecurity.

In December 2020, Boko Haram abducted over 300 students from a government school in Kankara.

Mr Labaran reckons that three per cent of the cause could be attributed to inadequate learning structures and materials, while the other two per cent were due to human lapses.

While commending the development partners, Mr Labaran assured of the LG administration’s support to the success of the exercise.