AUN and AUN Foundation are raising funds to provide scholarships for victims most significantly affected by terrorist attacks in northeastern Nigeria.  These include people directly injured and the children of parents killed or disabled by Boko Haram.

On October 23, 2015, a bomb killed at least 27 people in Yola, Adamawa state in northeastern Nigeria. In November, a stranger came to a Yola market on a Sunday and passed out naira to the poor children who beg there. He came again on Monday. On Tuesday, he threw the money in the air and then blew himself up – killing at least 32. Bombings and attacks by Boko Haram have killed and wounded thousands of people, many of them children, during the past two years.

The most effective response to this kind of atrocity is to empower the innocent survivors with the very thing the terrorists hate: education.

Scholarships funds will be raised for beneficiaries to attend AUN’s primary and secondary schools known as the AUN Academy, as well as the university’s undergraduate and graduate-level programs.

The scholarship program will be managed by the AUN Foundation, a U.S.-based 501(c)3 nonprofit, and the donated funds go towards the direct costs of the students’ education including security, housing, meals, tuition, and extracurricular activities. 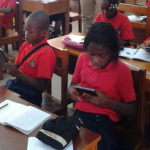 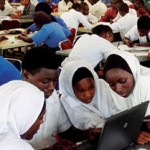 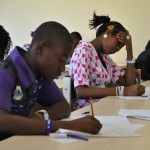 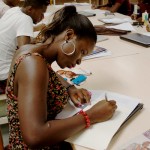 Education is an antidote to terrorism.

These scholarships have a double benefit: Not only do they profoundly improve the lives of victims who otherwise face lives of poverty in a part of the world with no social safety net, but their formal education will help create jobs and a quality of life that will eventually rid us of the terrorists for good.