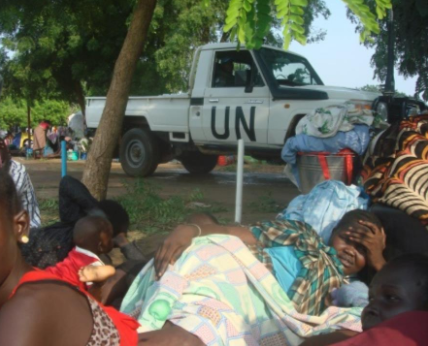 On Saturday, Mr Nikoi warned the over half a million people benefitting from its food aid may be shut out as funding sources shrink.

He said this via a statement shared in Abuja,Chris Nikoi following a recent visit to Nigeria.

“Cutting rations means choosing who gets to eat and who goes to bed hungry. We are seeing funding for our life-saving humanitarian work dry up just at the time when hunger is at its most severe,” Mr Nikoi explained, saying the body urgently needs a $5 million donation in a matter of weeks to sustain the programme.

A cut in the WFP supply in the area would compound woes as severe hunger reached a five-year high in the country. Unending insurgency, which has hampered farming, has been worsened by the socio-economic fallout from COVID-19.

“Our food assistance is a lifeline for millions whose lives have been upended by conflict and have almost nothing to survive on. We must act now to save lives and avoid disruptions to this lifeline,” Mr Nikoi added.

The WFP director said that current food security analyses showed that 4.4 million people in North-East Nigeria did not know where their next meal would come from, and over one million children are already malnourished.

He cited continued attacks on communities by non-state armed groups, harsh lean season conditions amid an economy dealing with the fallout from the COVID-19, as portending great danger for the people.

Mr Nikoi added that high food prices and a severe reduction in household purchasing power, had also contributed to a bleak outlook for the most vulnerable people in North-East Nigeria.